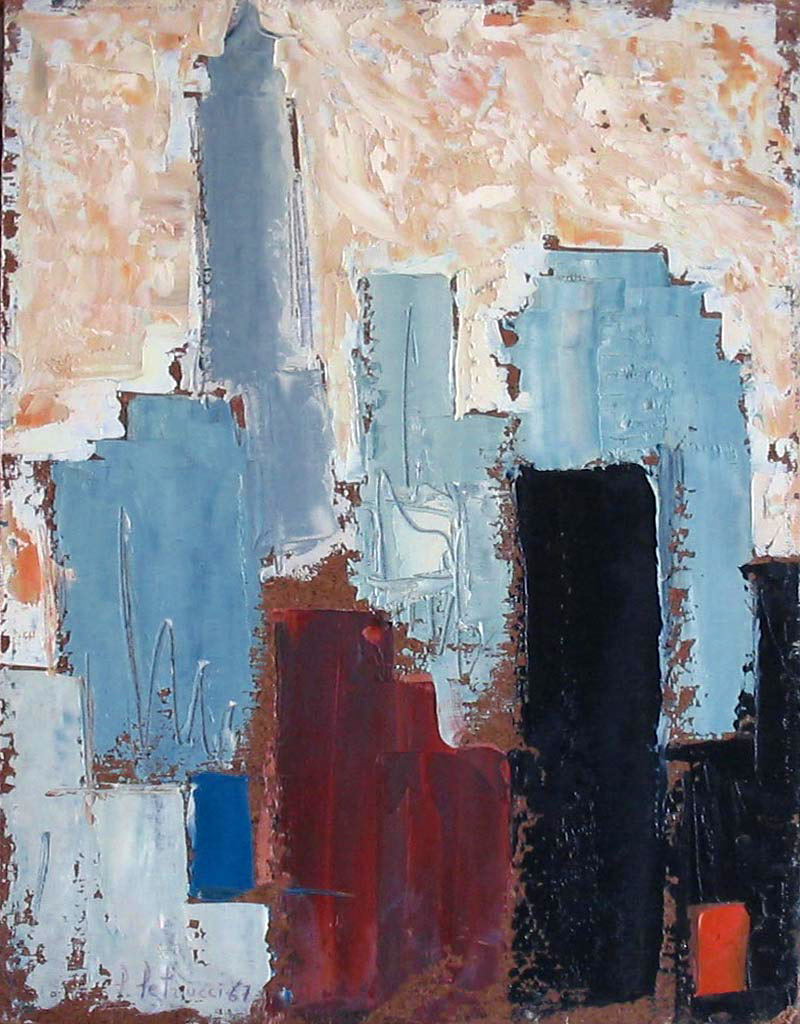 The New York painted by Paolo Petrucci is not visible by the millions of restless, noisy New Yorkers – it can only be seen by someone who decides to walk in it by himself. His subjects are its buildings, its automobiles, its boats, but mostly its buildings, and mostly the way in which they interact with their natural setting. The buildings reflect light as they reach up to the sky, but they’re so big that they, in return, do something to the sky, and it is the composite, interconnected result which Petrucci paints. Even when the foreground is the patterned surface of a modest tenement, he depicts not only how it is lit but also how it takes over and dominates its place in the natural world. Sometimes the technique depicts New York in simple, plane figures with hard edges, sometimes the boundaries are indistinct and the colors swirl, but in each case the city identifies with his appearance, and the enormity of the human-made New York City is depicted as majestic.