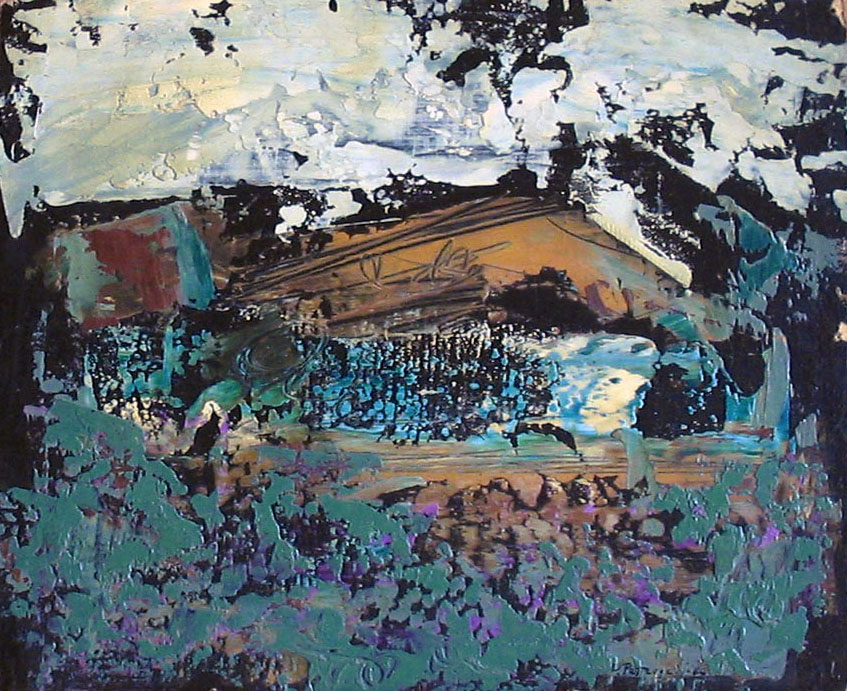 The landscapes that Paolo Petrucci painted last year have the merit of combining, in the space of a small canvas, visions of a wide range, rich of chromatic humour, confidently articulated until the extreme horizon that whitens into a sky full of light. These are precise impressions of places, maybe similar to the landscape of the Lazio country, where the painter stayed this summer.
The starting point, however, is the amazing tale of a quiet and comforting nature transfigured by colour, which gives a shape and a meaning to its streaming. On a first analysis, the work would seem hastily and simply done, but, on second thought, it seems weaved with the meticulous care of a stylist. More than telling and describing reality in clear forms, the artist is set to translating it into a chromatic effect which is the equivalent of his mood.
Different styles are born from his obedience to the impulse of an emotional moment, which mark the different seasons of his creativity and explain the essence of his art, made of immediacy, violence and expressionist character displayed in an urban landscape – Rome burning in one of its sunsets which exalt the red bricks – or a Christ figure – emerging, full of light, from the dark background of the canvas – and, at the same time, controlled by an instinctive sense of proportion, capable of lyrical and gentle expressions.

Even though his work has city landscapes, mountains and country fields as subjects, on the other hand these are just occasional visual references, shown with effective and concise freedom of expression.
The style is essential, and it features shapes of particular energy that find their dry dramatic completeness in lean and washed-out colours, even when they’re enriched by golden veins, or when they’re played in contrast with a black background.

We gently talked; the painter, if only for his genuine enthusiasm, awakened a feeling of tenderness in me. To him, painting seemes ineluctable, something consuming – it would be reasonable to fight against it, if it wasn’t so ineffectual…
I left the Babbuino Gallery looking back with regret on my twenty years, but without any ill-feeling.
I must add that the young artist’s paintings looked beatiful to me. His name is Paolo Petrucci: he could go a long way.